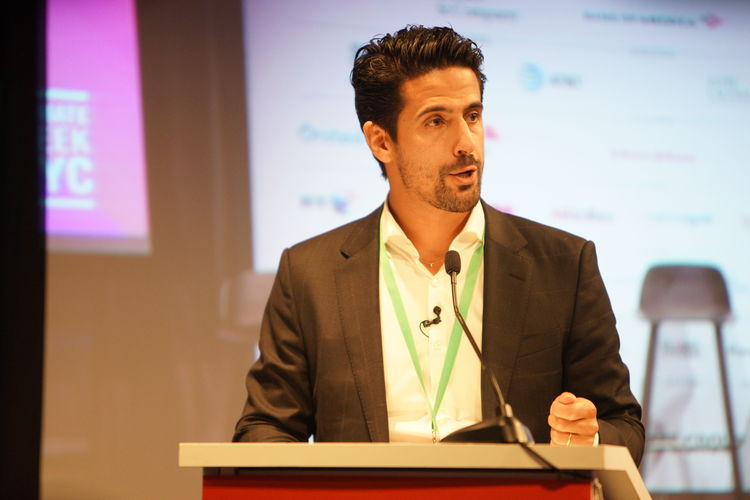 In a brief keynote speech, Lucas di Grassi promoted the topic of electric mobility in New York City, emphasizing the role of Formula E in the transformation of mobility, especially in urban areas. The Audi driver represented the fully electric racing series at “Climate Week NYC” that follows the UN Climate Action Summit and will continue until Sunday.

Lucas di Grassi has been an official Clean Air Ambassador of the United Nations since 2018. Off the race track, the Audi factory driver and Formula E champion of the 2016/2017 season is an avid advocate of the transformation of mobility and the special role that electric vehicles play in this context. As a representative of Formula E, di Grassi now presented his thoughts on the subject in a keynote speech in New York City.?

“A few years ago, I helped shape Formula E because for me it was clear that the future will belong to electric cars – on the road and on the race track,” says Lucas di Grassi. “Advancing new technologies and inspiring people’s enthusiasm for the relevance of electric mobility regarding the climate and our health is an important concern of mine. Events such as the Climate Week here in New York City provide ideal opportunities for keeping this topic at the top of the agenda. I am proud of being able to contribute my share to this effort.”

Lucas di Grassi, together with Daniel Abt, has been competing in Formula E for the Audi Sport ABT Schaeffler team since 2014. The most successful driver pairing of the series will enter its sixth season when it kicks off in Diriyah (Saudi Arabia) on November 22 and 23.?

Audi, together with the Volkswagen Group, is among the first automobile manufacturers to have committed to the Paris Agreement. The company has set itself the ambitious goal of a successive 30-percent reduction of vehicle-specific CO2 emissions by 2025 – compared to the reference year of 2015 and along the entire product lifecycle. In addition, the company is actively involved in the development of Greenovations – innovations for the protection of the climate and the environment. An example of a promising technology is CO2 capture, a method for extracting carbon dioxide from the air. Audi has already installed such a facility near Zurich. In the long term, Audi pursues the vision of carbon-neutral mobility and intends to achieve company-wide climate neutrality by 2050.?